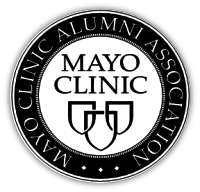 „Hope, vision, and well-being for each patient through integrated clinical practice, education, and research“

"In European Union the burden of Adverse Drug Reactions (ADRs) is a major concern of public health with 5% of all hospital admissions due ADRs and 5% of all hospital patients suffering an ADR. Today ADRs are the 5th most common cause of hospital death with 197 000 deaths per year for a cost of Euro 79 Billion / year. To establish robust Risk Management, robust science methods, robust resources and robust law are necessary." [Hervé Le Louët (MD, PhD), Jean Michel Dogné (PD, PhD) - PRAC Members - 2016]

The pharmacovigilance legislation, which came into effect in 2012, introduced a range of new tasks and streamlined existing responsibilities for regulators and the pharmaceutical industry in the EU. It had also significant implications for patients, and healthcare professionals. The existing Directives and Regulations previously adopted by the European Parliament and Council of Ministers, i.e. Directive 2010/83/EC and Regulation (EC) No. 726/2004, were replaced by Directive 2010/84/EU and by the Regulation (EU) No 1235/2010. This legislation was accompanied by the implementing regulation, a legally binding act published by the European Commission in June 2012 that provides details on the operational aspects for the new legislation: Commission Implementing Regulation No 520/2012 of 19 June 2012.

In October 2012, the pharmacovigilance legislation was further amended following the review of Mediator (benfluorex) withdrawal. The amendments aimed to further strengthen of the protection of patient health by allowing prompt notification and assessment of safety issues: Regulation (EU) No 1027/2012 (applicable since 5 June 2013) and Directive 2012/26/EU (applicable since 28 October 2013).

Practical measures to facilitate the performance of pharmacovigilance in accordance with the legislation are available in the guideline on good pharmacovigilance practices (GVP). GVP apply to marketing-authorisation holders, the European Medicines Agency (EMA, the Agency), and medicines regulatory authorities in EU Member States (MSs), and cover medicines authorised centrally via the Agency as well as medicines authorised at national level.

The legislation strengthened the legal basis for requesting post-authorisation safety studies (PASSs) and post-authorisation efficacy studies (PAESs) from the pharmaceutical industry. The PRAC now has the task of approving new PASS protocols. It can also require and enforce PASSs or PAESs, in order to improve the benefit-risk monitoring of medicines. The PRAC is also responsible for assessing all aspects of the risk management of medicines for human use. This includes the detection, assessment, minimisation and communication relating to the risk of adverse reactions, while taking the therapeutic effect of the medicine into account.

The Report of the Council for International Organisations of Medical Sciences (CIOMS) Working Group VIII  “Practical Aspects of Signal Detection in Pharmacovigilance” defines a signal as information that arises from one or multiple sources (including observations and experiments), which suggests a new potentially causal association, or a new aspect of a known association, between an intervention and an event or set of related events, either adverse or beneficial, that is judged to be of sufficient likelihood to justify verificatory action.

In accordance with the pharmacovigilance legislation, EMA launched an electronic central repository for Periodic Safety Update Reports (PSURs) and their assessment reports on 26 January 2015. On 12 June 2015, the EMA Management Board gave its green light for the repository to be used as the single, central platform for all information related to PSURs in the EU. The use of the repository has been mandatory since 13 June 2016.

The legislation introduced the Article 107i procedure for safety-related issues to rapidly assess significant emerging safety issues linked with a medicine available in the EU. This procedure can be used regardless of the medicine's initial authorisation route, either central or national. The legislation also increased transparency for safety referrals procedures, with the publication of more information on each referral online and the opportunity for the public to engage with the Agency through public hearings.